Planning a trip to Disney World at Christmas? In this post, we’re answering the most frequently asked questions regarding all things Disney! 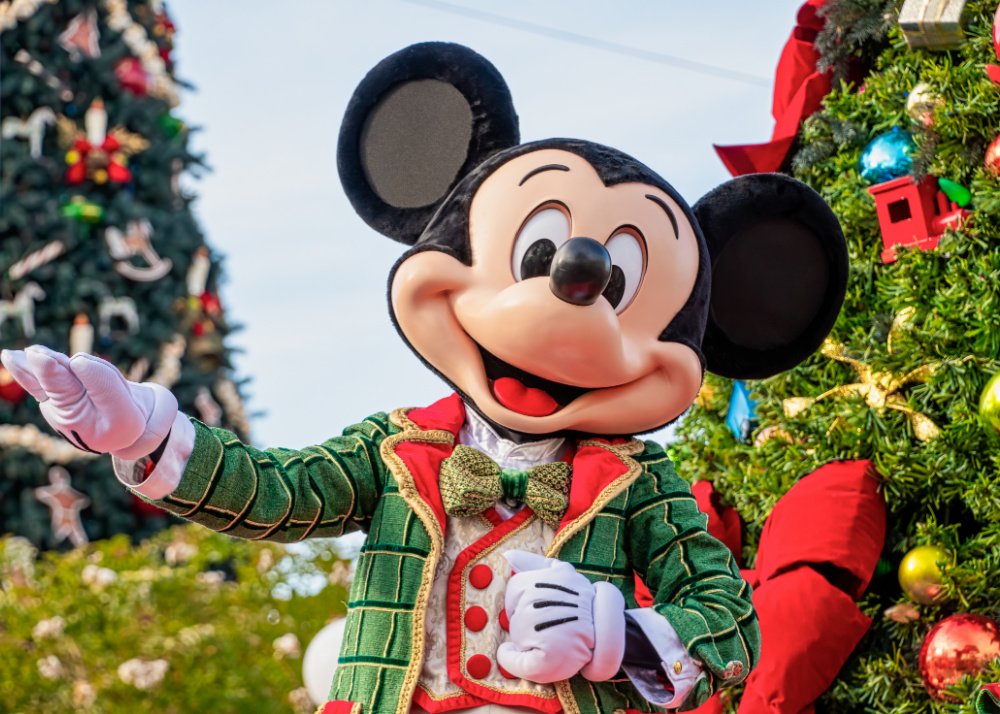 While Walt Disney World at Christmas is truly magical, planning and prepping can be overwhelming, especially if it’s your first visit. In this post, we’re answering some of the most-asked holiday questions!

For more details about all that Disney offers during Christmas, check out our Holiday Happenings post!

New this year is the ongoing celebration of Walt Disney World’s 50th Anniversary! In addition to holiday and 50th-themed photo ops, enjoy limited-time food offerings, golden sculptures of your favorite characters, and maybe even some combo merch. Additionally, even though it is not new, the highly adored Mickey’s Very Merry Christmas Party is returning to Magic Kingdom this year – woohoo! And if you have not visited in a while, you will experience Disney’s newest attractions like Remy Ratatouille Adventure and Guardians of the Galaxy: Cosmic Rewind. We have our fingers crossed that TRON Lightcycle Run will open up before the New Year too!

More information in our Holidays at Disney World post!

Mickey’s Very Merry Christmas Party is a ticketed event at Magic Kingdom that takes place during select nights, starting November 8 and ending on December 22, 2022. With admission, guests are treated to a night of Yuletide shows and dance parties, meet and greets with favorite Disney characters donning their best holiday outfits, event-exclusive parades and firework shows, and unlimited cookies and hot chocolate. And of course, you can still enjoy the rides and shops! Guests can enter the park early at 4:00 PM, and the event kicks off at 7:00 PM.

When does Disney World decorate for Christmas?

The festivities will begin this year on November 11, 2022 – anticipate Disney World to put up Christmas decorations on or a little before this date.

When does Disney take down Christmas decorations?

Typically, Disney takes down Christmas decorations the week following the New Year. Expect all holiday decor to be gone by Walt Disney World Marathon weekend, which will be hosted next year on January 4-8, 2023. 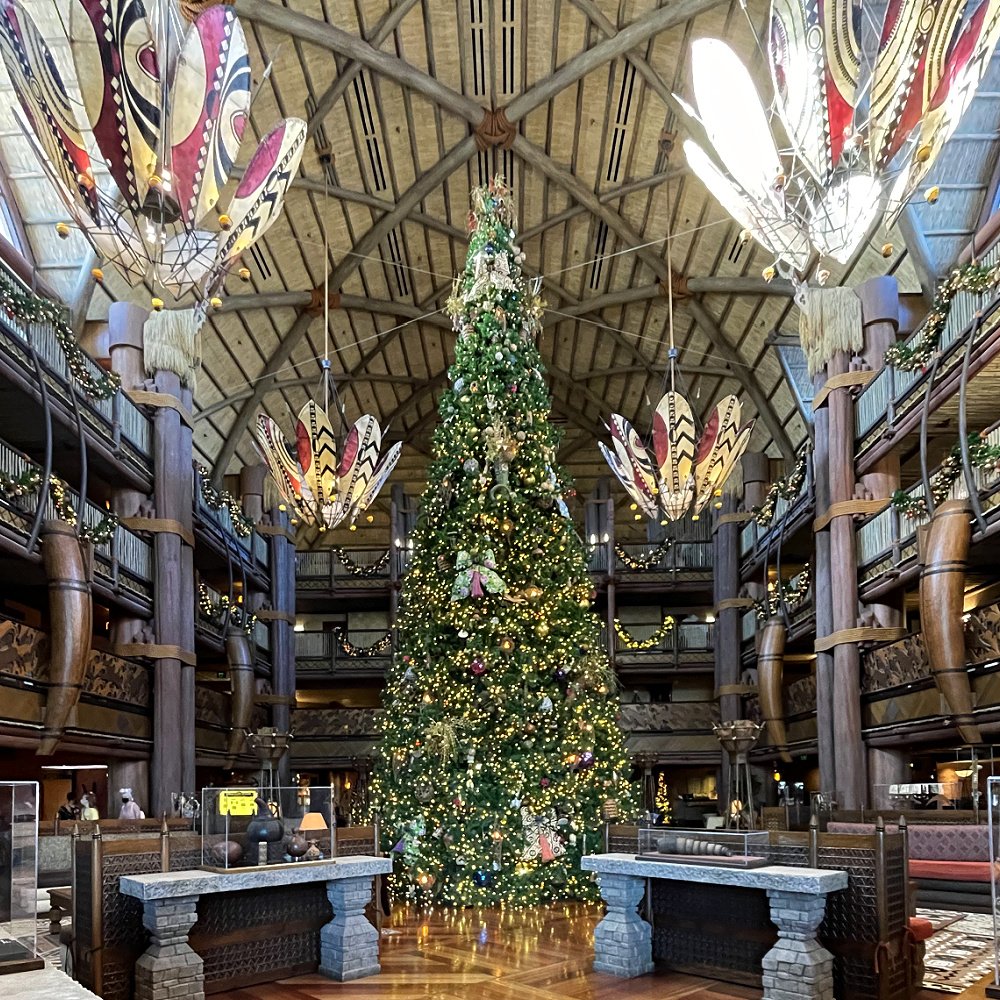 What are the busiest times at Disney World during the holidays?

Bookmark the week of Thanksgiving, Christmas, and New Year’s.

When is the best time to visit Disney World during the holidays?

In years past, the time between Thanksgiving and Christmas would be considered the slowest time to visit Disney World at Christmas. In particular, the first two weeks of December are especially nice because they’re between two holidays, with families either deciding to go during the week of Thanksgiving or their child’s school winter break.


Does Disney World have a Christmas parade?

What are the Disney World parade schedules?

Parade times can vary, so double-check on the My Disney Experience app, Times Guide, or ask a Cast Member to confirm. In general and compared to recent years, the parade times are as follows:

Although not Christmas-themed, the Magic Kingdom has four daily parades:

If rain is near, no worries! When the weather proves to be too much for the parade floats, the Rainy Day Character Cavalcade is performed instead. 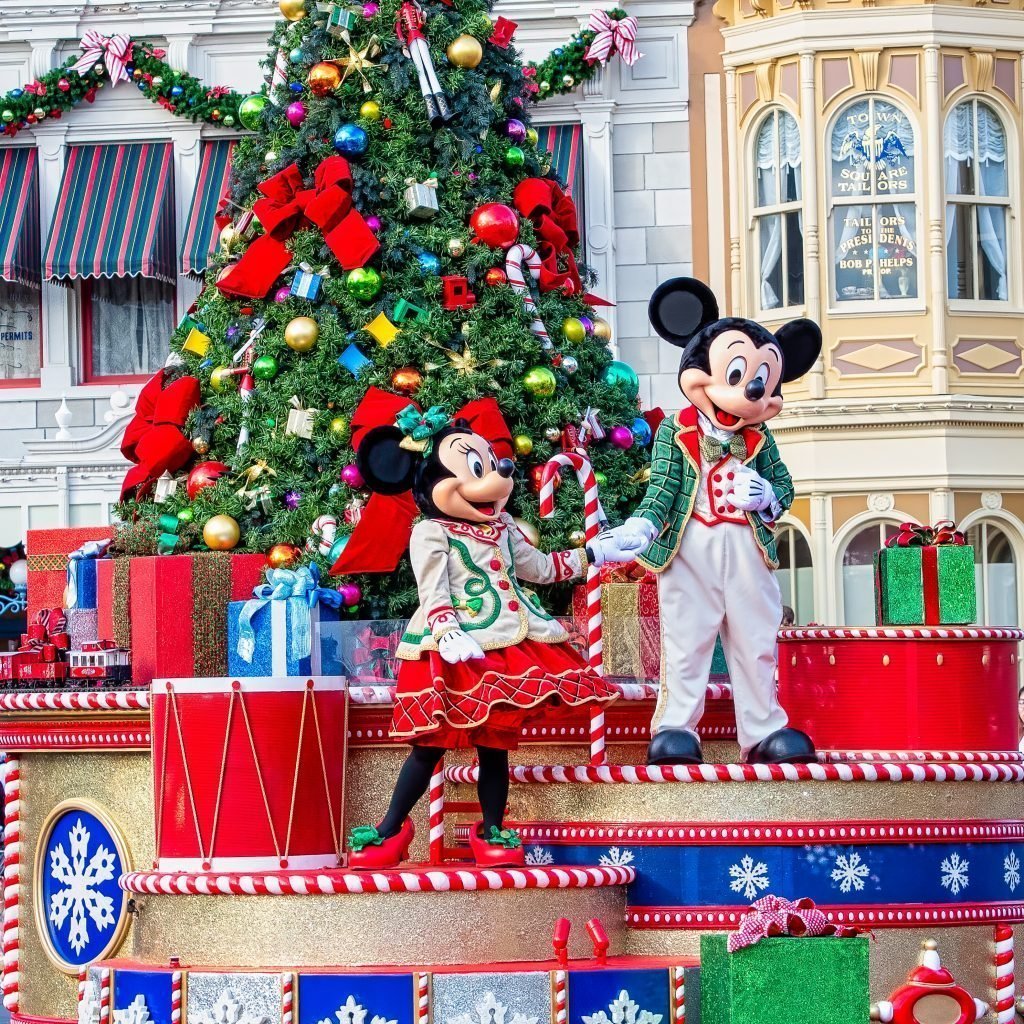 Are there Disney Christmas shows?

Yes! Consider the cavalcades above for entertainment that is part show, part parade. Of course, Disney will continue their nightly shows into the holiday season: Disney Enchantment at Magic Kingdom, Harmonious at EPCOT, and the Electrical Water Pageant on Seven Seas Lagoon and Bay Lake. During the day, check out KiteTails at Animal Kingdom.

As for Christmas-themed shows:

Where can I watch fireworks at Disney World at Christmas?

You can catch the fireworks every night at two of the theme parks: Magic Kingdom’s Disney Enchantment and EPCOT’s Harmonious. As for Christmas-themed fireworks, check out Minnie’s Wonderful Christmastime Fireworks Show during Mickey’s Very Merry Christmas Party.

We have an entire post on the best places to watch fireworks!

Where can we find Santa Claus?

Ho, ho ho! Santa Claus travels to all four theme parks and Disney Springs during Christmastime at Disney World. You can find him at:

If Santa isn’t available, his buddy Santa Goofy will be there to greet guests. Lastly, if you are staying at the Swan and Dolphin, visit Santa as it is his “favorite resort!”

Does it snow during Christmas at Disney World?

YES, it sure does! Disney is known to bring the magic, and who else could make it “snow” in middle Florida? Guests can dance in snow flurries at Mickey’s Very Merry Christmas Party, during the Sunset Seasons Greetings projection show at Hollywood Studios, and in the evenings at Disney Springs. If you become snowflake obsessed and want to spend another day in the Florida “snow,” venture over to the Disney-created community of Celebration and visit their annual event, Now Snowing.

Where can I find gingerbread at Disney World?

You must be talking about Disney’s world-famous gingerbread creations! You can marvel at these masterpieces at four locations:

Before Covid, the Contemporary Resort had a beautiful Cinderella Castle gingerbread display in front of its iconic mosaic. Fingers crossed it returns in 2022. Additionally, sometimes The Boardwalk Inn and Wilderness Lodge have gingerbread creations – be on the lookout!

Have other burning holiday questions for your trip to Disney World at Christmas? Be sure to leave us a comment and we will do our best to answer it! 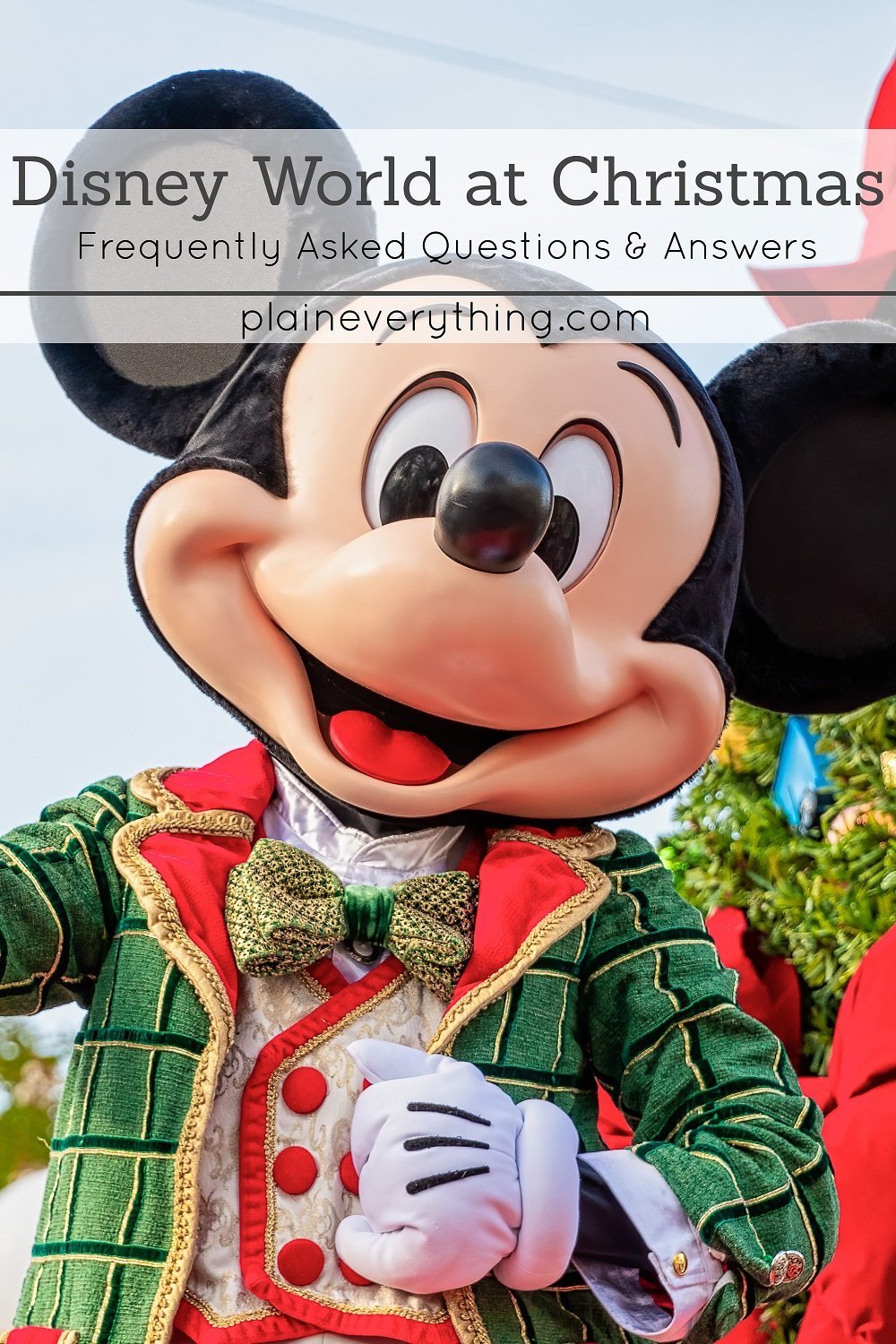