As a Florida native, I know how unpredictable the weather at Disney World can be. It will 100% have an effect on your trip, so read on and be prepared! As you have learned by now, working at Disney taught me a lot of things. I was trained on how to answer guest questions, how to dress the part, and the importance of fanatic cards. I also learned a whole lot about the weather at Disney World and how unpredictable it can be. As you can see in the photo below, my mom is wearing a WINTER coat – in Florida! I know this doesn’t sound like the most interesting of topics, but it is amusing, I promise! =P

Now, being born in Florida and spending many family vacations there, I knew it got hot. However, I did NOT know it got so hot that your chapstick would literally melt in your pocket. And how do I know this? Because it happened to me on a daily basis while working at the Wildlife Express Train, haha! My job was 99% outside…and about half of that time was spent outside of the shade, completely vulnerable to Florida’s omg-it-so-hot-my-skin-might-melt-off sun rays. So, one day I went to use my beloved Fresh Sugar lip treatment (hello Sephora birthday freebie!), and what do I find? A liquid mess, that’s what! BUT hey, if you’re chapstick is going to get liquified, at least it is at the “Happiest Place on Earth”…right? =P The weather at Disney World is extreme, reaching 98°+ in the summer!

I also learned something else about Florida’s weather. It rains every day in September! Okay, I don’t know if that is 100% factual. But, no joke, every day I worked in September, I got rained on. It may only have been a five-minute rain shower, but it happened…every day! I learned really fast the importance of bringing your raingear because, without it, you were a soaked mess.

Which brings me to my next “fun fact”: at the Wildlife Express Train, you work in nearly EVERY weather condition. Many of the attractions throughout Walt Disney World will temporarily shut down for various weather conditions. Us “Train Kids” were not so lucky. We worked through it all! Even though this sounds cruel (and almost not legal) for the workers, there was a legitimate reason for this. Unlike the majority of the other attractions, the Wildlife Express Train transports guests from two locations: Harambe and Rafiki’s Planet Watch. So, if the trains were to close temporarily due to weather, that would mean all the guests at Rafiki’s would be stuck there until further notice. Clearly, Disney would never allow this. Because of that, and in the words of the great Johnny Cash, “that train keeps a rollin’.”

As a Disney cast member, I had many wild adventures!

One day, a really bad rainstorm hit Disney’s Animal Kingdom. I’m talking bolts of lightning that lit up the whole sky and thunder that vibrated seemingly everything around you. During this monsoon of a rainstorm, I was working “platform”, which meant I stood on the train platform to communicate with the conductor and engineer as they approached the station, interact with guests, and made sure no one crossed the safety lines. This also meant that I was completely unprotected to the rain. Although I did have my rain gear on, the rain was so torrential, I was soaked from head to toe. But, being the good Disney cast member I was, I laughed it off and made jokes with the guests – and they loved it! I got to exemplify one of the key components of a Disney employee, which is to always put on a good “show.” That means no matter what is happening, you remain in the Disney spirit and cater to your guests. I think this is really a great way to be and outlook to have in general.

All that to say, most rain showers are over pretty quick at Disney, so we usually just tuck inside one of the many shops inside the parks. If it looks like it’s going to be a while, take a break inside a quick-service restaurant, have dessert, or relax and sip on a coffee!

So, let’s talk a little more about the weather, what to expect, and what my family and I consider to be the best times to go (keeping in mind that Florida weather is 110% unpredictable)

These are averages of historical temperatures in Orlando, but you should always be prepared for extreme highs, lows, rain, and even tropical storms. So, how do you prepare? Always bring the following. I don’t care when you go!

Now, you might be thinking “why would I need a winter coat in February if – historically – the temps only get down to 52° F”. Well, the picture of my mom freezing in this picture is why. We watched the forecast, packed accordingly, and an unexpected cold front came through. Temps were in the 40’s, it was windy, and she was miserable. My Dad was cold too, but he refuses to wear a coat HA!

We’ve had two family vacations that a random cold front came through, and we were ALL freezing! Both times, we had to go off property to find warm clothes. And, while we had thoroughly checked the forecast in the weeks and days leading up to our trip, it was one of those FREAK weather events that Florida is known for.

Other than a winter coat, none of the items on that list take up much room in your luggage, so just trust me on this, pack them, and you’ll be glad you did!

When is the best time to go to Disney World – weather-wise?

In my opinion, November through February are the best months. I’d much rather there be a chill in the air than be sweltering hot. While temps can dip down a bit in January and February, you should be fine if you have a light jacket. My advice is to start checking the Orlando extended forecast a few weeks before your trip and pack accordingly.

I cannot stress enough to keep checking the forecast right up until you leave! My cousin was just at Disney in October, and she was miserably hot. The temps were still in the 90’s!

I hope you enjoyed learning a little more about how Florida’s crazy weather not only effects Disney guests – but cast members too! 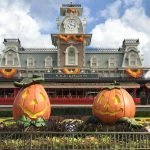 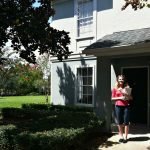 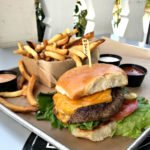 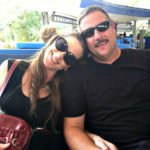 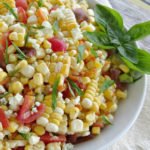 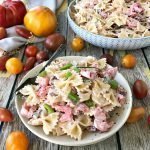 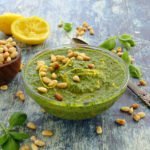 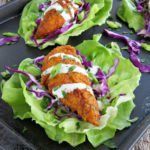 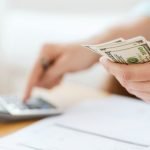 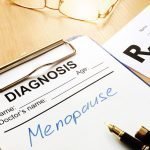 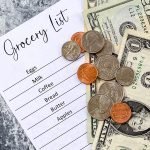 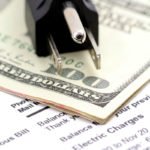